Global sensation BTS broke records again with the release of their song ‘IDOL’ from their third studio album Love Yourself: Answer, the finale of their Love Yourself series.

As expected with their explosive fame, they snatched the attention of millions and unlocked countless records once the music was released. Within 24 hours, “IDOL” reached 56.2 millions views and was crowned as the Most Viewed Music Video!

In just 5 days, the music video hit an impressive of 100 million views!

With the release of “IDOL”, BTS broke even the records of their previous comeback music video, “Fake Love”. It was a shocking gap of 20 million views!

In the midst of overwhelming love for their new release, J-Hope uploaded a “Hope On The Streets” video of him dancing to “IDOL” and hashtagging #IDOLCHALLENGE on the twitter post. Fans around the world got the cue and they immediately jumped into the challenge unanimously. This was how it ignited this blast of fun!

2 days later, BTS uploaded another video, this time with Jimin, Jungkook and J-Hope himself taking on the challenge. The video also received a tone of attention as it made fans even more hyped up.

Within no time, this dance challenge took the internet by storm. It went so viral that even big names like “Game of Thrones” actress, Maisie Williams, and The Ellen Show’s DJ Stephen “tWitch” joined in the challenge.

Here are some of the best recreation from fans!

Not forgetting some of the cutest and bravest souls that deserve our commendation for participating in this challenge!

With the massive number of participants in the #IDOLCHALLENGE, it proves that BTS has indeed won the hearts of fans of all ages, all over the world.

With BTS’s blazing fame, unbelievable album achievements and a strong ARMY fanbase, I am sure we can confidently mark this as a highly successful challenge. 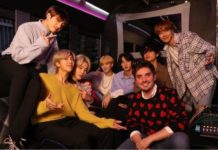 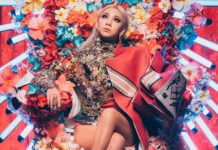 NC.A Talks About Her BTS Covers On YouTube And Names Her...

PWR BTTM At The Garage In London

BLACKPINK Proved They Are True Legends Once Again With A Brand...

7 Times SHINee Members Showcased How Multitalented They Are