BTS, the K-pop group with millions of fan girls screaming for their names have another new game in store!

The mobile game, titled “BTS World”, is developed jointly by Netmarble and Big Hit Entertainment. In 2018, it was announced that the game was in development stages, and now it is here to give ARMY their dream come true!

After a year of waiting, “BTS World” officially launched on June 26, 2019, and is available for download on Android and iOS. Inevitably with BTS’ phenomenal success, the game instantly hit top rankings in app stores all over the world. Similarly on twitter, it was one of the hottest topics on the 2nd worldwide trend!

“BTS World” was first announced on January 25, 2018, through the game’s official twitter account – @BTSW_official. ARMYs all over the world got hyped up after the first video teaser released 5 days later. They can’t wait for the game to be launched and were especially curious on how the game interface will look like.

Since then, more and more trailers were uploaded, teasing the fans by the truckload. Some teaser images were about the individual BTS member’s story.

“BTS World” is definitely a game that is dedicated to providing service to their fans, the ARMYs. The game allows fans to feel engaged and a step closer with their affinity of becoming the virtual manager of the 7 members, reliving the journey from their debut days and leading them to be the biggest K-pop sensation.

Players role-playing as managers will receive various missions, such as selecting BTS member cards and using them to complete missions, progressing through the game. Players will experience intense joy through different interactive scenarios with various BTS members. They will also open up more stories by collecting more cards and upgrading them.

The commitment level with the creation of “BTS World” can be seen through the meticulous planning and strategizing of the game. A total of 10,000 new photos and 100 video content were specifically prepared for it. Word has it that the BTS members practiced acting to prepare for the filming of more than 100 drama episodes specially for this game! This creates a brand new exposure and excitement for ARMYs to look forward to.

A soundtrack album “BTS World: Original Soundtrack” is also released in combination with the game. The album has 14 songs, including 3 lead singles. The lead track titled “Heartbeat” includes a music video of BTS members with their stories. More exhilarating news for the fans! It is confirmed that the members have also personally participated in the music creation as well!

The official release for “Heartbeat” was on June 28, the date where the full soundtrack album drops. However prior to the release, players were able to exclusively listen to “Heartbeat” once they reach Chapter 1, Mission 14!

So, if you want to catch this new track before its official release, you know what game to play!

Since the release of “Heartbeat”, fans have read up on the lyrics of the song and got really touched by it. The lyrics were a beautiful and meaningful message towards their loyal ARMYs. It was written beautifully to thank ARMYs for staying by their side all through the journey, just like how they are playing through each and every story in the game now.

The song has indeed tugged at the heartstrings of ARMYs as they showed positive reactions after listening and watching the music video.

Keeping the current hype and attention growing, new events and missions for “BTS World” will constantly be added.

The “BTS World” mobile game is a refreshing idea, allowing ARMYs be the virtual manager of BTS and letting them experience one-to-one interactions with their favorite members. It is no wonder that the game attracted so much love and attention! The long wait was definitely worth it, wasn’t it? 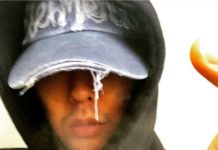 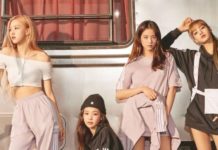 Block B’s Jaehyo Discharged From Military Due To Health Issues